Our Franny is a local girl, trapped near Blundell Road last summer. She spent a little while in foster care with her kittens, but she was definitely a feral and not a stray, and she had no interest in being socialized.  Once her “F” litter were brought to the Adoption Centre (they all have homes now!) she came to the Sanctuary.

During her cage time with us, it was clear that she didn’t want human attention; volunteers who were cleaning or feeding were greeted with aggressive hissing, or with silent sulking from behind a drape.  When released, Franny had no hesitation in escaping from the DoubleWide – she didn’t even want to stay on the deck with the other tuxedos.  She wanted outta there! and her life back to her own control.

For a while we weren’t certain where she’d vanished to;  there are a number of smaller cats who hang around at the back gate of the Sanctuary or behind Waldi’s Hut. But gradually it became evident that Franny was A Cat Who Walks By Herself – she had relocated to Pen 5, and to one of the dog-houses there, and she didn’t want company, thank you very much!

The rear view says it all (KN) 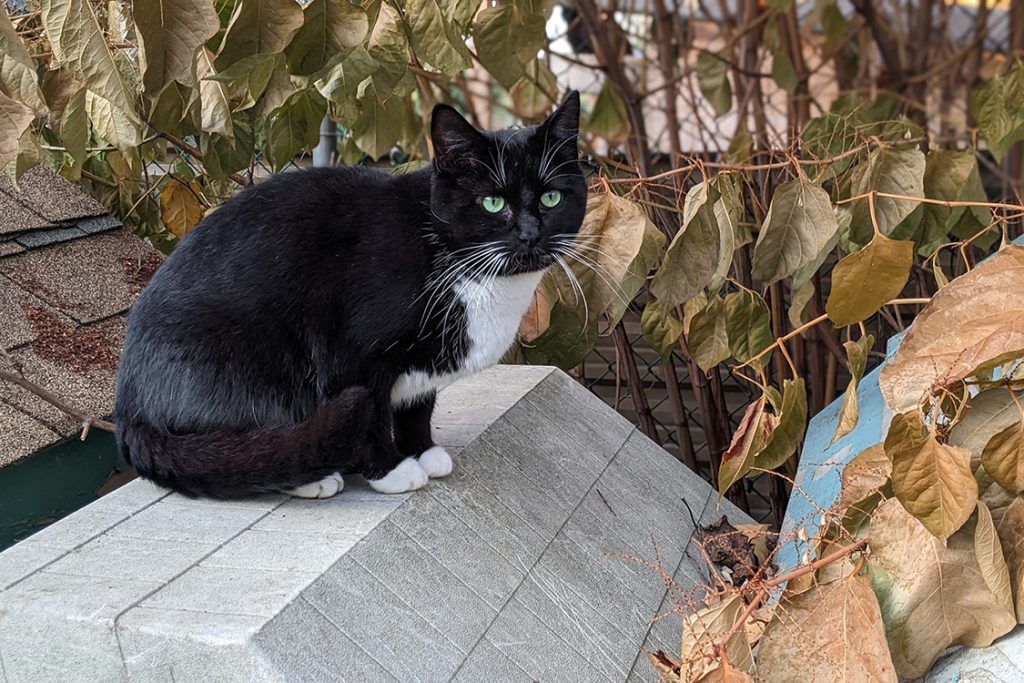 Not feline company, at least – for a feral, she began to show a lot of curiosity about the humans around. She didn’t want to be touched, initially, but she liked to be talked to, and she would follow me from one pen to another on my Friday shifts. If there weren’t too many people around, she would come closer to the Tea-Room area and flirt – the typical just-out-of-reach cat thing that they all do, rolling and showing off.  And we all know the excitement when a feral finally decides to allow touch! 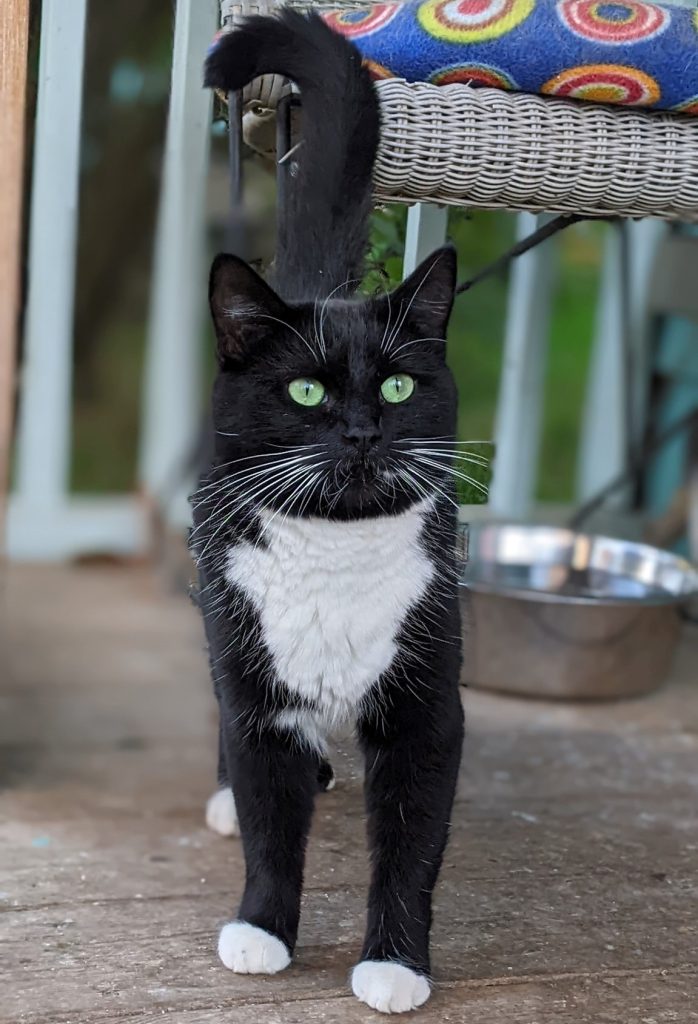 A confident and happy cat (LBF)

In the last little while Franny has made it quite clear that she has favourite people, and that they get the full-out flirt. She particularly loves Lisa, and ankle-weaves with great enthusiasm, begging to be petted.

She’s still a little wary when there are other people around, and she doesn’t seem to be the greatest fan of other cats, but the hissy, antisocial girl who came in last summer has turned a significant corner and found her home at the Sanctuary.