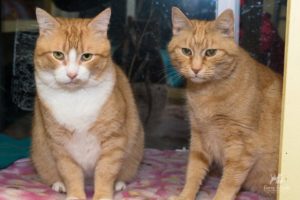 People who are not cat people will tell you that cats are non-social, aloof – “if you want a friend, get a dog”, they will say… Cat-people know that cats are as varied as people – some are introverts, loving their own company, living life on their own terms – but others enjoy being around both people and other cats.  And nowhere do we see that more clearly than at the Cat Sanctuary. 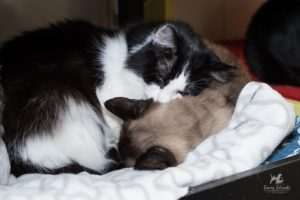 We have our share of “typical” cats – the ones I call the Garbo Cats (“I vant to be alone…”) – Leland and Timmy in the front courtyard, Blue, Jingles and Emery in the back. But we also have the cat-magnets – our dear departed Mario and Salty never went anywhere without their devoted followers, and Daniel in the front courtyard always has the company of Cloverleaf, Jamie or Figaro. 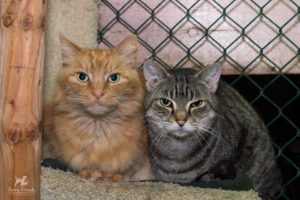 For some cats, the presence of others is a strain, best expressed in a degree of aggression, and we now have have some of those cats, like Mindy and Spades, in a quieter area, where they will feel less challenged. But for the most part, the majority of the cats get on very well – and in some places, “get on” goes to a whole new level.

Chimo came to us with a reputation for aggression.  His back-story will fill you in on his progress from an aggravating cat who had never learned to play nicely, to a mellow boy who rolls over to invite petting (belly-rubs, though welcomed by implication in his posture, are still too risky). He has established the north-south wing of the back courtyard as his turf, and generally hangs out in what we call “Waldi’s Hut”, sharing space with other quiet cats: Morticia, Dusty, Quinn, and others who don’t usually welcome human attention. 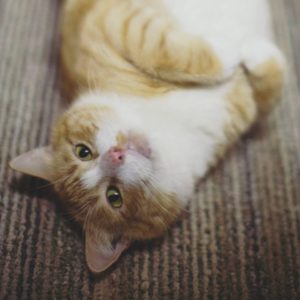 PawPaw was one of the first cats to come to us from the closing shelter on the Sunshine Coast, and was part of the group established in Pen 6. Some of those cats have gone on to adoption through the 5 Road City Shelter, others are still with us. PawPaw has remained with us because he is diabetic, and needs monitoring for insulin. 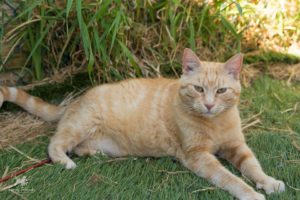 As the group settled into Sanctuary life, the pen was opened, and some of its inhabitants ventured out. Cats like Blue and Simba, full of confidence, claimed their own spaces; others, like Faith and PawPaw, preferred to stay in Pen 6 on familiar turf. But we can’t afford to keep all the pens as open ones, and with a new group coming in from another shelter, we had to evict the inhabitants in order to prepare the pen for the newcomers. Faith finally settled herself in the TeaRoom. PawPaw moved to the other end of the wing and discovered Waldi’s Hut and Chimo. 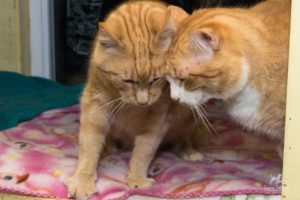 These two boys are almost always together. They snuggle and head-butt, and they both enjoy visitors (especially those bearing chicken) 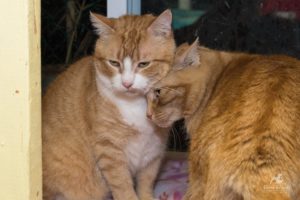 Chimo is perhaps the more generally social of the two (and the more food-motivated), but together on their own shelf they will tune out the presence of Morticia and others, and revel in each other’s company.  Obviously deeply bonded now, they welcome attention from volunteers and visitors in a way that reminds me of the cats in Pen 5 – May and Adam, Rudolph and Salish – the cats that we tend to think of as pairs. 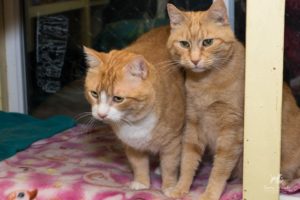 Life is better when you have a friend!